“There’s a real paradigm shift going on in the marketing world as the industry tries to adjust." 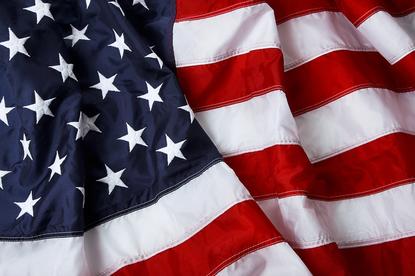 Budding New Zealand technology company Motim Technologies is planning a 2016 launch of its smartphone advertising software in the $25 billion US market, taking its mobile marketing campaigns across the Pacific.

During the past few years, Motim has developed augmented reality and other camera-based technology for mobiles, working on global campaigns for brands such as Becks, Coca-Cola, Nike, Sony, Disney and Universal - locally, it has produced work for Peter Jackson’s Weta.

Motim Chief Executive Andrew Plimmer says consumers are rapidly transitioning to a mobile-first world and the rest of the marketing industry is struggling to keep up.

“Mobile is now a major consideration for brands as consumers spend more time on their smartphones and tablets,” Plimmer adds.

“There’s a real paradigm shift going on in the marketing world as the industry tries to adjust.

“What Motim has been able to do quicker and better than anyone else is use our technology to create unique brand experiences that don’t feel like advertising.”

As well as continuing to develop mobile campaigns for agency and corporate clients, Plimmer says Motim plans to use the funds raised to launch a new SaaS platform to its advertising agency partners.

For Plimmer, the SaaS platform will allow agencies to buy mobile media space for publishing with Motim’s interactive technology to deliver mobile campaigns.

Plimmer says Motim expects to earn “substantial recurring revenues” from the SaaS platform, mainly from the fast-growing US market.

“The United States continues to be a big focus and, with an established base in Atlanta, Georgia, we’re a highly-regarded player there,” he adds.

“There’s a US$25 billion untapped advertising opportunity in mobile in the US in 2016, and the market is growing at 34 per cent year on year.”

According to industry journal eMarketer, 2015 will see mobile account for more than half of all digital ad spend in the United States - and also surpass print ad spend - for the first time with display and search categories dominating the mobile advertising space.

Plimmer says with Motim’s new SaaS platform incorporating the emerging space of ‘visual search’ (utilising smartphones’ in-built cameras) as well as display marketing, the firm has a “significant advantage” over newcomers to the mobile market.

“There’s been very few opportunities to invest in tech firms at growth stage in the equity crowdfunding market to date, so it’s great to have Motim, with its track record and exciting growth prospects, come on board,” adds Shaun Edlin, Head of Deal Flow, Snowball Effect.