A strong and transparent financial system makes New Zealand one of the most attractive countries in the world in which to invest. 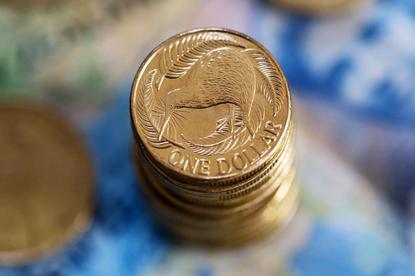 A strong and transparent financial system makes New Zealand one of the most attractive countries in the world in which to invest.

According to the latest Grant Thornton Global Dynamism Index (GDI), New Zealand is ranked eighth out of 60 countries in the world for the overall quality of its financing market and first equal with Singapore for the quality of its overall financial regulatory system.

The country is also ranked first equal with Australia, Ireland, Singapore, Sweden and Switzerland for low legal and regulatory risk.

Russell Moore, Partner at Grant Thornton New Zealand, believes that if New Zealand is to grow its economy, it needs foreign capital and benchmark data like the GDI to “send a powerful message to the world that we are a safe place in which to invest.”

“We are competing against the rest of the world, so we must ensure that our financial and regulatory environment gives investors and export countries confidence in the security of their investment,” he adds.

Moore believes a “critical goal” in the Government’s Business Growth Agenda is the continued development of primary industries which will see the Ministry for Primary Industries focusing its resources on doubling the value of exports by 2025.

For Moore, the index is just one indicator that New Zealand is on the right path.

In the 2014 Corruption Perceptions Index, New Zealand was ranked the second least corrupt out of 174 countries and in the World Bank's ease of doing business rankings, New Zealand was second.

“While these factors are important to those investing directly into New Zealand, they are just as important to our trading partners.

“We not only need to invest more money into our infrastructural development, businesses and systems, we also need to trade with new companies and countries.”

They, too, according to Moore, need to be confident in New Zealand’s financial environment, political system and transparency.

“Back in 1960 Great Britain was our dominant trading partner and well over 80 percent of our exports were sheep, beef and dairy,” he adds.

“Today that figure is down to 46 percent (with dairy at 30 percent) and other sectors such as tourism, horticulture, forestry, education are large contributors to the export market.

“Australia and China are now our two biggest trading partners and we are already looking to India and Indonesia as offering huge potential.

“Export success is enhanced by the integrity of our primary sector products, however the easier and more secure they feel in trading with New Zealand, the better for our economy.”