“We’ve seen our fair share of quirky, crazy and wonderful listings that have brought us this far..." 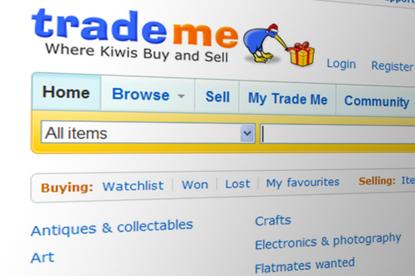 New Zealand online auction website Trade Me will soon celebrate its billionth listing for sale, almost 17 years after the business was created.

Trade Me CEO Jon Macdonald says the milestone listing is anticipated to arrive in early December.

“We’ve seen our fair share of quirky, crazy and wonderful listings that have brought us this far, and we marvel every day at the eclectic range of things our members punt up for sale,” he says.

“The team here are pretty excited to reach a billion listings and we have a couple of things planned to help mark the occasion.”

Macdonald says Trade Me members can bid for the opportunity to be the seller of the billionth listing, with the funds raised being donated to charity.

“We’re also running a competition to guess when people reckon the billionth listing will land,” he adds. “We’re currently around listing 987 million, so we’re anticipating the odometer will tick over in the next couple of weeks.”

Trade Me was founded in 1999 by Sam Morgan, who currently serves on Trade Me’s board of directors.

In looking back at almost two decades of Trade Me auctions, Macdonald has unveiled the most-viewed listings:

In addition, a key number of Trade Me firsts have also been revealed:

On the website, the top overall names were John, David, and James, and Sarah, Lisa, and Michelle, with the top three surnames being Smith, Williams, Brown.

The most common birth year is 1980 with Trade Me describing the average Trade Me user as a 35-year-old named John or Sarah Smith from Auckland that talks more about others than themselves (“You” used twice as much as “me” or “my” on the message boards).