Why there is much to praise and lament about Microsoft’s latest device. 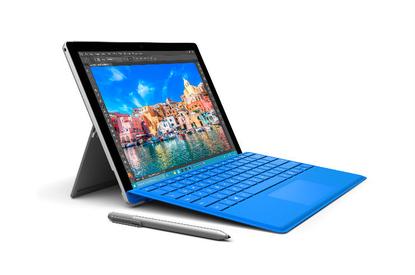 After living with the Surface Pro 4 since release, and using it as my daily device, there is much to praise and lament about Microsoft’s latest device.

Before launch, the device was billed as the next big step, taking everything good about the Surface Pro 3 and improving it - emphasised by the option of new Intel Skylake CPU’s and improved SSD designed to offer a substantial performance boost.

But, up until a week ago I could not have recommended purchasing the device to anybody.

For starters, two Surface Pro 4 devices completed failed on me after the initial boot up.

While I could not identify the cause, I eventually narrowed it down to a mandatory Windows 10 update or when the device switched between tablet and desktop mode.

Thankfully, OneDrive integration saved the day and all was not lost.

But due to this set back - of a device that was directly taken off the shelf - I was uneasy about relying on the Surface Pro 4 too much as my daily device.

Consequently, this caused me to constantly double check my OneDrive account migrations and worry at every bit of lag in the system. In short, it took away my enjoyment of using the device.

In truth, if I was a ‘day one’ purchaser in New Zealand, I would have been furious that my device did not even last a day.

To sum up the number of issues owners have faced since release would take up too much room, so I’ll concentrate on the issues I encountered;

Fortunately, it was third time lucky and coupled with a recent Windows 10 update I can confirm that these issues are all but resolved, but nonetheless, it was a frustrating experience.

When everything began functioning properly, I never felt the need to reach for a regular laptop because the device comes with a 2.4GHz Intel Core i5 CPU, 8GB RAM and 256GB storage.

That's enough power to handle the majority of multi-tasking needs and if you’re a gamer on your travels the device will even run Steam games from your library.

That said, people hoping that Cortana will be the assistant they need may feel disappointed, as it is still a working progress.

From my experience, she was easily confused when trying to follow simple instructions or questions, but in fairness to Microsoft, most other assistants still struggle too.

On the flip side, the new facial recognition feature - Windows Hello - is a great piece of innovation, allowing you to unlock the Pro 4 with nothing but your face.

The feature uses two cameras to ensure the Pro 4 can't be tricked via a photo of your face. Competitors have tried this in the past, but Microsoft has succeeded here where others have failed.

The 12.3 inch display is once again right on the money, proving the perfect choice for productivity and leisure. The resolution comes in at 2736x1824 and a staggering 267ppi - which is more than the iPad Pro and truly is a sight to behold.

The multi-directional hinge is also another big improvement compared to the Surface Pro 3, allowing users to be more productive on the move.

As a result, users can now use the type cover with the device on their lap without worrying if it will fall off.

The Surface Pro 4 now has an improved line of accessories too - you now get the Surface Pen included into your bundle, which has also received some much needed tweaks.

The tweaks include an eraser which is magnetic, allowing users the option of attaching the pen to the left side of the device. A quick click of the eraser also launches OneNote, so you can scribble away at a moment’s notice.

The Type Cover has also had a redesign, with a 40 percent larger trackpad with better key spacing - which makes typing far more accurate and easier.

Now Windows 10 is amongst us, Microsoft can fully realise their hybrid vision with the Surface Pro 4.

The introduction of continuum and the continued refinements to a relatively new operating system means things will only get better for the device.

I just wish that Microsoft had released the necessary updates and optimisation before putting the Surface Pro 4 up for sale.