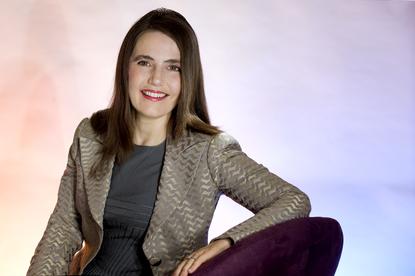 New Zealand intelligent assistant company MyWave has launched in Europe, with a keynote address at the Ctrl-Shift “Growth Through Trust” Conference in London.

During her keynote address at the conference, MyWave Founder and CEO Geraldine McBride described the Personal Data Revolution now underway as comparable to the Industrial Revolution.

According to recent forecasts, McBride believes In the UK alone the Personal Data Revolution will add £16.5 billion in new value.

McBride mapped out how Initiatives such as PSD2 (revised Payments Services Directive, due for implementation in the UK and EU by 2017) will fuel the Personal Information Economy.

The PSD2 initiative will see the opening of data silos and secure sharing of data via APIs between brands, with transparency and permission by consumers.

Payments Providers, McBride said, will move beyond their traditional boundaries and create deeper relationships with customers.

Merchant-funded reward schemes and relevant location-based offers under the control/permission of the consumer will flourish.

New and complex ecosystem partnerships will be enabled between banks, telecommunication companies, retailers, outside financial institutions, utilities, technology firms and other digital players.

For McBride, this will create new end-to-end outcomes for consumers, while also emphasising the importance of the “norms of human relationships” - whereby consumers control access to their personal information in conjunction with brands, and share that information with transparency and permission, under their control.

“The current Customer Relationship Management (CRM) approach, used by most businesses and Intelligent Assistant companies today, will be rejected by digitally-empowered consumers who no longer consider themselves to be ‘passive participants’ at the very end of the sales cycle,” McBride claimed.

“Relationships between brands and consumers need to be centred around permission to share information, and that permission must be based on trust, respect, and a two-way conversation that provides mutual value to the consumer and the brand.

“This is the basis for the Personal Data Revolution, and only Intelligent Assistants that respect these norms of human relationships will prosper in today’s digital economy.”

MyWave’s Europe launch follows its US launch in October this year at the Opus Intelligent Assistants Conference in New York City, where McBride also gave the keynote address.

At present, the company is currently valued at £26.6 million, and key investors include Andre Crawford-Brunt, global head of equities trading for Deutsche Bank.

In addition to the energy sector, McBride says MyWave is serving enterprise brands in multiple other markets, including automotive, retail, banking and financial services, residential real estate, travel and health and wellness.

Also presenting at the London conference was MyWave’s Chief Experience Officer Amy Johnson, speaking on “Closing the Gap and Going Viral with Millennials and Generation Z.”

“The world has changed since the industrial revolution; the digital revolution has been embraced by my generation,” Johnson adds.

“They have more power in their hands through mobile devices than at any time in history.

“However, the way most businesses operate still follows the old industrial paradigm. In order to not only survive but to thrive, businesses need to embrace innovation and new ways of doing things, and see disruption not as a threat but an opportunity.”

Johnson believes today’s empowered young consumers want instant information, an emotional, two-way connection to a brand, and a respect of their privacy.

“The current industrial business model, where the product is central and pushed down to a largely powerless customer, is ineffective and annoying to millennials and generation Z,” he adds.