​Kiwi business optimism heightens, but will 2016 be a good year for NZ?

Nearly half of Kiwi businesses plan to expand operations domestically over the next twelve months. 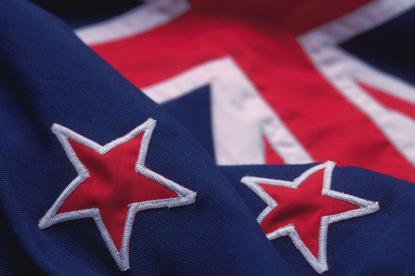 New Zealand’s business optimism levels are back to where they were 12 months ago, ranking the country 5th out of 36 countries surveyed in Grant Thornton’s latest International Business Report (IBR).

Business optimism in New Zealand lifted dramatically in the last quarter from 44 percent at the beginning of 2015 to 80 percent against a global figure which only increased slightly from 33 percent to 36 percent in the same period.

“New Zealand export expectations have more than doubled since the end of 2014 which is the highest they’ve been in five years; the global average is 15 percent.

“Thirty-four per cent of Australian businesses also have high export expectations placing them 4th equal with New Zealand out of all the countries surveyed which is really encouraging.”

As Kane explains, it means that there’s still a strong appetite for agricultural products with the local economy also continuing to grow.

“Forty per cent of New Zealand businesses surveyed said they are looking at expanding their operations domestically over the next twelve months,” Kane adds.

Optimism is also reflected in profitability expectations with 62 percent of New Zealand businesses seeing a profit increase in 2016, ranking the country sixth in the world and up 29 percent on the global average of 33 percent.

New Zealand’s economic uncertainty is also at an all-time low with only four percent of businesses citing it as a major constraint - the lowest out of all countries surveyed.

In comparison, Greece has the highest economic uncertainty (92 percent); the global average is 38 percent.

“Here in New Zealand, we aren’t suffering the effects of migrant crises, terrorism and political uncertainty that we’re seeing in other economies, which is really fortunate,” Kane adds.

“Now is the time for businesses with an instinct for growth to spot emerging opportunities and make the most of this great outlook reported for the next 12 months.”