Less than five years ago, Oracle faced criticism for apparently “missing” the cloud. 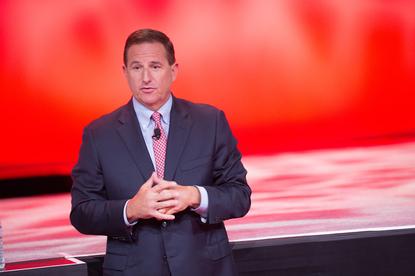 Less than five years ago, Oracle faced criticism for apparently “missing” the cloud.

Many in the market felt that the company faced a decline in relevance because a significant cohort of trendy “as-a-service” competitors entered the fray.

But Oracle hadn’t missed the cloud; instead, the company embarked on a massive program to embrace cloud technology by as-a-service enabling a significant proportion of its software portfolio.

Although there were relatively few surprises at this year’s CloudWorld event, it was evident that Oracle had largely delivered on the promises that it made over the past two years.

Most importantly, Oracle got the timing just right; just as the mainstream of the market (which accounts for the lion’s share of revenues) is ready to adopt cloud-based services, Oracle is ready to provide them.

Many vendors have expended a huge amount of effort courting the leading cohort of adopters - the technically savvy and technology-obsessed early adopters who create a great deal of noise but generate relatively little revenue.

However, Oracle resisted the temptation to chase these buyers. Instead, it focused on the much more business-oriented, and somewhat more risk-averse, majority in the market.

For many of Oracle’s detractors the story has moved from “Oracle doesn’t get the cloud” in 2013, to “Oracle is rushing to catch up” in 2014, to a slightly cynical “Oracle has at last got its cloud act together,” and now to a begrudging “Oracle has its ducks in a row.”

This may be down to good luck, but it is just as likely that Oracle wasn’t distracted by the noise from the leading edge of cloud adoption and chose instead to listen to its large, established, and less reckless customer base.

This article was originally published on Ovum - a market-leading research and consulting business focused on converging IT, telecoms and media markets.