​Hello? Is it Spark or Vodafone you’re looking for?

For an industry that’s all about telecommunications, Kiwis find it hard to get the big players to answer the phone. 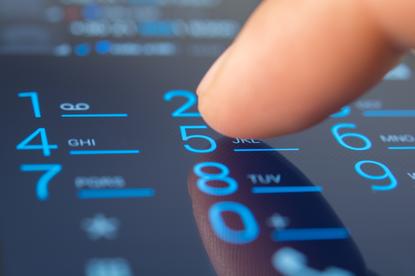 For an industry that’s all about telecommunications, Kiwis and finding it hard to get the big players to answer the phone.

So says a new Consumer NZ survey, which claims telco call centres are coming under fire across the country as customers frustratingly wait on the other side of the phone.

Latest findings - taking in feedback from over 8,600 consumer members - shows that 65 percent of Kiwis currently experience lengthy waits to speak to customer service representatives, with a mere 33 percent believing their current provider to be “very easy to contact.”

“Respondents who felt their telcos were easy to contact were more likely to be satisfied customers,” says Sue Chetwin, CEO, Consumer NZ.

“The two biggest players Vodafone and Spark trailed the field.”

Chetwin says the top performer for mobile service is Spark offshoot Skinny Mobile, of which 84 percent of customers are currently “very satisfied”.

Rating above average on all key performance measures including value for money (86 percent), 2degrees customers are next in line, with most at least satisfied with their mobile service.

Overall, prepay mobile customers are more likely to be “very satisfied” with their value for money (48 percent) than those on fixed-term post-pay plans (29 percent).

Perhaps unsurprisingly, of the 12 internet providers surveyed, Spark and Vodafone currently rate lower than average on key performance measures including value for money and ease of contacting.

Manawatu-based company Inspire Net, also a Consumer Trusted business, topped the ratings with 98 percent satisfaction from its customers with Actrix and Now New Zealand also highly rated across the country.

“But this may reflect the difficulty of comparing plans rather than customer loyalty.”

Across New Zealand, 53 percent of internet customers find it difficult to compare providers, compared to only 14 percent which believes it be to “very easy”.

Furthermore, 37 percent of Kiwis believe it’s currently difficult to switch providers and in the mobile market, the figure rises to 50 percent in terms of comparing providers.

Going forward, 37 percent of consumers are “very likely” to take up an ultra-fast broadband plan, with 17 percent already making the switch.

For many however, the biggest complaint continues to be around time frames for installation not being met.

“We’ve been given five connection dates but not once has anyone turned up to actually do the install nor have we been contacted about why,” claimed one disgruntled Consumer NZ participant.