“All the indicators are that demand for UFB is strong, not just in the cities, but in our provincial towns too.” 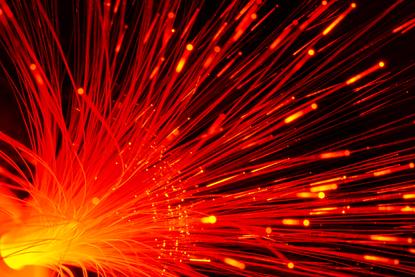 One in five of the households, schools and businesses throughout New Zealand which can connect to the Ultra-Fast Broadband (UFB) initiative have chosen to do so, Communications Minister Amy Adams has announced.

Across New Zealand, around 184,000 households and businesses have connected as at end of February 2016, taking total UFB uptake to 20 percent.

“Connections are now growing at over 11,000 per month. In just the eight weeks since New Year’s Day, a further 22,000 households and businesses have been connected - equivalent to the whole of a city the size of Whangarei,” Adams says.

“This is a terrific milestone to have reached, just over five years after we began building the infrastructure.

“All the indicators are that demand for UFB is strong, not just in the cities, but in our provincial towns too.”

“I expect the uptake process to further speed up after changes I announced last week to improve access to the UFB network take effect,” Adams adds.

“These changes reduce the need to apply for consents for shared driveways which will help translate more orders into connections.”

Adams says the Government has set an “aspirational connectivity target” that would see 99 percent of New Zealanders able to access peak broadband speeds of at least 50 Mbps by 2025.

In addition to the original $1.65 billion funding for the UFB and Rural Broadband Initiative programmes, a further $360 million have been set aside to extend both programmes and to create a Mobile Black Spot Fund.

The UFB extension contracts are currently being negotiated, while planning is also underway to extend the Rural Broadband Initiative with further details to be provided in coming months.