“We are delighted to be recognised and included in the Deloitte Technology Fast 500 Asia Pacific 2015." 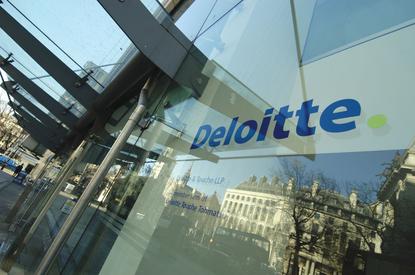 Promapp has been recognised among 54 New Zealand companies ranked on the Deloitte Technology Fast 500 Asia Pacific 2015, a ranking of the 500 fastest growing technology companies in the Asia Pacific.

Based on percentage revenue growth over three years, Promapp grew 93 percent during this period to prompt its inclusion on the list of growing Kiwi companies.

Crediting an “increased focus” by organisations on process improvement and risk management, Promapp CEO Ivan Seselj says the company’s global sales and marketing expansion over the past three years triggered the regional recognition.

“We are delighted to be recognised and included in the Deloitte Technology Fast 500 Asia Pacific 2015,” Seselj adds.

“We’re looking forward to building on this success with our global expansion plans and our focus on helping businesses around the world develop smarter and safer ways of working.”

“We congratulate Promapp on being one of the 500 fastest growing technology companies in the region,” adds Ichiro Nakayama, Leader, Deloitte Technology Fast 500 Asia Pacific program.

“Attracting enough customers to attain such fast growth over three years makes a strong statement about the quality of a company’s products and its leadership. Promapp has shown the right calibre for growth.”