Where does IBM fit in the cloud market?

Deutsche Bank says IBM has “no chance” of catching AWS; UBS calls IBM one of the “Big 4” in cloud 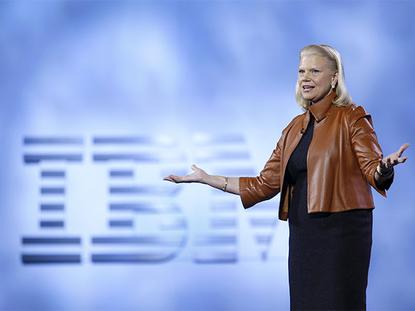 Another report from UBS Global Research focused more broadly on the cloud computing market and said IBM should be considered among the “Big 4” providers in cloud: AWS, Microsoft Azure and Google Cloud Platform.

The conflicting reports show IBM is sitting on the fringe of the cloud market.

While other infrastructure peers have “thrown in the towel,” Deutsche Bank gives IBM credit for spending $2 billion to acquire SoftLayer in 2013 and since then invest more than $1 billion to expand its cloud footprint. Despite those investments, Deutsche Bank says IBM hasn’t seen the same market demand for its services as competitors. AWS had 64% revenue growth and Azure had 120% in the first quarter this year; IBM’s were in the lower double-digits. Deutsche Bank notes that IBM earns more than $5 billion in “as a service” revenue annually, but only $700 million is from SoftLayer, making IBM’s public cloud larger than Google’s cloud revenues, but half the size of Azure.

UBS, on the other hand says IBM’s positioning makes it among the crop of leaders in the cloud market: “UBS Evidence Lab data suggests that cloud is not a winner-take-all market, with many customers looking to add rather than consolidate vendors.” AWS, Azure, GCP and IBM all have opportunity to compete in what could be a $100 billion market by 2020; the ‘Big 4’ vendors could command 92% of this market, the report notes.

UBS says AWS and GCP have the most to gain from a shift toward the public cloud; vendors most negatively exposed from the rise of cloud include Hewlett Packard Enterprise, EMC, Cisco, NetApp, Rackspace and Brocade. It’s more “mixed” for Oracle, IBM and Arista Networks, UBS says.

Deutsche Bank seems to be more critical with IBM’s focus on “bare metal” clouds, which are non-virtualized infrastructure offerings. Deutsche Bank says this is a much smaller total addressable market compared to the public IaaS cloud offerings from the other three providers. “We conclude that IBM SoftLayer is losing ground to AWS and Microsoft Azure in the ‘public cloud’ market and is increasingly being left out of the conversation,” the report notes. “Relative to these peers, IBM SoftLayer also has server capacity, technical as well as premium service gaps and is generally priced above its peers for shared virtualized servers. By focusing on ‘hybrid’ and ‘bare metal’ use cases and the IBM customer base, IBM is going after a different audience with a different feature set. In the public cloud, it’s now just a three-horse race: Amazon, Microsoft and Google.”

UBS, meanwhile notes that AWS leads in IaaS and PaaS market share with 32%, followed by Azure at 13%, but IBM comes in with 7% and Google at 6%.

The different perspectives of the reports emphasize how the cloud computing market is still evolving. Last year in Gartner’s Magic Quadrant for IaaS, IBM received high marks, but the only two companies in the “leaders” category were AWS, which was by far the leader in the market, and Azure.

IBM focuses not only on hybrid cloud computing, but also using open source components in its offerings. The company also has a wide variety of services across the IaaS, PaaS (BlueMix) and SaaS markets. IBM declined to comment on this story.