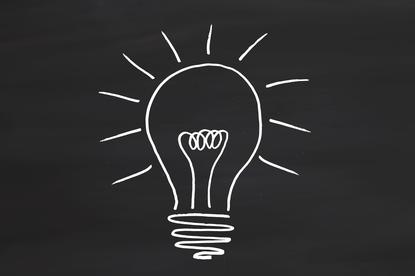 Christchurch-based professional learning and development company, Core Education, has adopted a program developed by another Christchurch organisation, Jade Software, designed to foster a culture of innovation within the company.

Jade Software launched the program, Thinkubator, internally in 2014 as a means of giving its staff the time and space to experiment with new ideas.

The company says that Thinkubator has “spawned a number of ideas from all around the business, including concepts for new products and internal process improvements.”

The Thinkubator website is still under development, but the company said at the time “Jade Software has set a challenge to further drive innovation within the business by encouraging staff to create new ideas that change business processes, deliver solutions to Jade customers and generate new product ideas.The Thinkubator is a global initiative with participants across all of Jade’s offices in New Zealand, Australia, USA, UK, and the United Arab Emirates.”

A January 2015 blog about the program on thinkbeyond.co.nz, said: “The program encouraged Jade staff to form teams and work on almost any new idea. It was all about giving clever, creative people a chance to put their day-to-day work to one side, team up with a new group, and let their imaginations take over.”

Core Education has commissioned its own version, calling it He Kākano – Growing Ideas. “We wanted to make a buzz, and bring more energy to the creativity that we knew was there,” said Christina Ward, Core’s senior manager of innovation.

“We wanted to make it more visible. As the result of running our first He Kākano event, innovation has definitely become more of a talking point at Core.”

“Every day, it’s important to keep innovation visible and support the best ideas that people have,” Ward said.

“We are already moving forward with four of the entries, and have established an innovation panel that will consider the rest. Jade’s approach balances a big, team-based event with ongoing support that maintains momentum.”

Caroline Francis, Jade’s director of marketing, said the program had been developed so it could be used by other organisations.“We’ve refined the Thinkubator to the point where we know that almost any organisation could pick it up and have a fun, engaging two months, contributing to a sustainable culture of innovation,” Francis said.

“It puts innovation in the limelight, sparks inventive teamwork, and rewards the best ideas.”

Jade’s chief innovation officer, John Ascroft added: “We’ve also built tools, such as the Innovation Hub, to help keep the best ideas going after the competition is over.

“Innovation needs to be happening the whole time, rather than just a distracting hack day every now and then. We want to help companies get people excited, get them thinking, and show them that their clever thinking makes a real difference. We want to help our clients change their culture.”