2degrees offers mobile data by the minute, or the hour 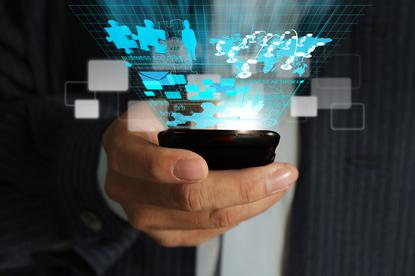 2degrees has launched a new data option, Data Clock, for its prepaid mobile customers that enables them to purchase data for a predetermined time rather than by volume, using technology from Finnish company Comptel.

In addition to being the first mobile operator in NZ with such an offering, 2degrees claims to be only the fourth telco in the world to do so.

Prepaid customers will be able to purchase data for 5, 10, or 30 minutes, 1,2,3 or 24 hours. There is no limit on the volume of data they can use during the period. To use the service customers first need to download and install an app on their phone.

However, 2degrees has indicated that price for the service will vary. “Pricing will be dynamic and will vary from day-to-day but introductory pricing will start from as little as fifty cents,” it said.

In response to a query from Computerworld, 2degrees said: “The product is not designed to change price when the network is busy. Pricing is currently set nationwide. But as it’s a new product we do need to watch how it works to ensure our customers get the best experience, right price and pack size.”

To justify the need for such an offering, 2degrees has released results of a survey saying it shows that 71 percent of mobile users exhaust their data quota at some point, that more than 70 percent are unable to correlate data usage with online activity such as browsing or watching a video, and that 43 percent worry about the cost of data.

Comptel launched FWD, the service underpinning Data Clock, in November 2015, with the app being for Android phones only (iPhone support was announced earlier this year). It said that FWD enabled operators to create, sell and market mobile data offers in real time without needing to modify their network at all.

“The tool embeds insightful and actionable analytics, so operators can understand their customers like never before,” Comptel said. “They may price mobile data dynamically, for example, during peak usage times or ‘happy hours,’ enabling them to better monetise mobile data and to efficiently utilise their existing network infrastructure.”

Finnish mobile network operator DNA launched a FWD service shortly afterwards. FWD is not the company’s only product and it lists Chorus, Enable and Vodafone as customers in New Zealand, but has not said what products they are using.