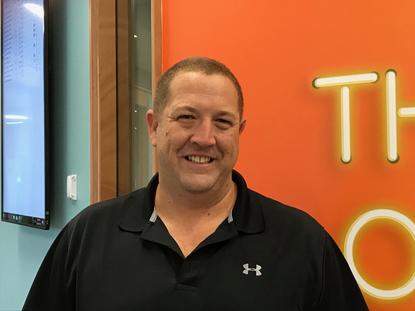 Genesis Energy says its latest service addresses the biggest frustrations of their Bottled Gas customers - not knowing how much gas is left in the bottle and not knowing when to order a replacement gas bottle.

“We’ve listened to our customers frustrations and have created an innovative solution to make their lives easier,” says Cameron Jardine, general manager – LPG operations at Genesis.

“Now, instead of worrying if their shower will run cold, our customers have peace of mind because they receive alerts to let them know how much gas they have left and when to order a refill.”

The service, Bottled Gas Monitoring, was developed by Genesis alongside SenSys, a Christchurch based technology company.

“Genesis is the only energy company providing this level of insight to New Zealand homes and I’m really proud to say it’s something we’ve created with our customers,” says England.

Jardine says the technology was refined through customer trials and features sensors that are installed under the 45kg gas bottles and a LoraWAN enabled communications device that sends data back to Genesis.

“With this technology we’re able to give customers something they haven’t had before, timely updates on their bottled gas usage,” says Jardine.

Over 130,000 households have bottled gas nationally and Cameron expects interest in the service will be high.

He says initially the service will be  only available to residential customers in Auckland and Christchurch, but there are plans to roll out the service to business customers and other regions later this year.

“The launch of bottled gas monitoring is the next step in our innovation journey,” he adds.

"With Energy Hub’s launch earlier this year, we were the first to give customers an online marketplace where they could explore and learn about New Zealand-supported products to help them connect, manage and control their energy.

“We followed this up with the launch of Energy IQ in May, giving customers greater transparency over their energy use with our energy forecast, usage breakdown and home comparison tools. Giving customers the ability to predict how much power they’ll be using a week ahead, see where they’re using the most energy and compare their energy use to other homes like theirs,” says Jardine.

“The thing that links all of these innovations together is that they were co-created with our customers through trials and our local energy project in the Wairarapa.”