Openstack Rocky heaps on new features that further improve automation and usability among a variety of hardware architectures. 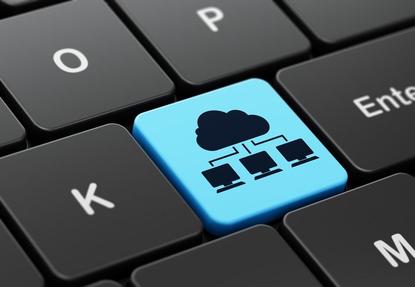 Time again for another Openstack release, the open source infrastructure's 18th iteration - Rocky - which promises to heap on new features that further improve automation and usability among a variety of hardware architectures.

According to the Openstack Foundation, some of the more notable enhancements include refinements for bare metal provisioning service Ironic as well as fast forward upgrades so that users can upgrade to the latest releases more easily.

"I think some of the biggest improvements are around the bare metal management, basically enabling people to build Openstack bare metal clouds with Ironic," executive director of the Openstack Foundation, Jonathan Bryce, tells Computerworld. "Once you've automated your physical hardware in your data centre, that brings a ton of flexibility to what you can do with that infrastructure - you can run virtual machines on it with Nova, you can run containers directly on the bare metal and then orchestrate them with Kubernetes, Mesos, Swarm, or whatever you want to do.

"Ultimately one of the things we've heard a lot in the last year is how important it is to make that physical infrastructure more automated and more flexible.

"In the Rocky release, a couple features that bring that about are the ability to manage the BIOS settings on a server, the ability to boot from RAM disks - it makes managing a physical server an experience that's much more close to the experience of managing a virtual machine, it's faster, you can control more of the server through software, and you can integrate it into your systems and into your software and operations workflows."

Other projects within Rocky, which launches today, include Cyborg for hardware accelerator lifecycle management (GPUs and FPGAs for example), Qinling for serverless capabilities on top of Openstack clouds, Masakari - first developed by Japan's NTT - which supports high availability (HA). Also new is support for user datagram protocol (UDP) in Octavia for supporting load balancing in edge and IoT, as well as the container integration project Magnum becoming a certified Kubernetes installer.

"Masakari was created by NTT specifically to manage their HA workloads in their Openstack environment," Bryce says. "So it does things like monitoring and auto recovery and basically lets you set availability requirements for specific workflows in specific virtual machines, Masakari will enforce that and bring the system to that level of availability.

"That's a key feature for enterprises who may have thought Openstack was more for the cloud native and elastic type workloads, and still does that but it also can handle those highly available enterprise workloads too."

While new, Bryce says he is excited about Cyborg in particular. "If I look out to the next release, that's when I think we'll start to see it hit its prime and get adoption - what Cyborg does is it takes an inventory of all the different kinds of hardware accelerators you might have in your environment, and then it allows you to manage those and allocate them to different machines, so users can make use of them and do that in an elastic and dynamic way.

"Basically it allows you to build a GPU or FPGA cloud. One of the features in the Rocky Cycle that's pretty cool is it allows you to reprogram FPGAs that you mave in your environment. When I look at what we're setting the stage for, I think that we are bringing a very high level of automation and flexibility to physical hardware that we haven't had before - which to me sets the stage for a lot of great enhancements and integrations with higher-level tools and services that people want to take advantage of."

And, of course, the Foundation is keen to point out that there are even more new deployments, with the combined clouds and data centres running at a scale of over 10 million compute cores. Bryce says users are upgrading more easily - like Oath, formerly Yahoo, which recently performed a "massive upgrade" of their hundreds of thousands of servers.

Openstack's next Summit takes place in Berlin this November where users will share their experiences with tackling upgrades, as well as more on the 'open infrastructure' theme that was prevalent at the Vancouver event earlier this year.