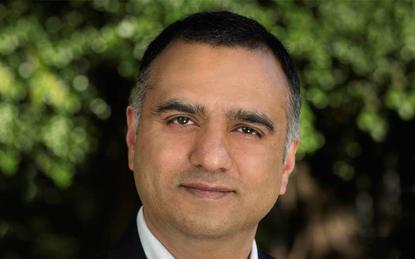 The five products that make up Xi Cloud Services (pronounced xi as in ex-eye, rather than Xi as in Jinping) are:

- Xi Epoch, a visibility offering for multi-cloud applications to provide "a Google Maps-like view of applications" for performance bottlenecks and availability

- Xi IoT, the edge platform for real-time sensor processing and decision making delivered at the edge, allowing companies to "eliminate the complexity of deploying and managing edge locations," according to the business

Edge computing, where compute is performed on the client side, specifically in situations where extremely low-latency is critical for operations (such as manufacturing or autonomous cars), is a market very much in its infancy.

Speaking with Computerworld UK at the Nutanix Next event in London, CEO Dheeraj Pandey said that the Xi IoT offering can differentiate the vendor in delivering real-time decision making at the edge.

"Companies that have machines at the edge, so a lot of manufacturing and even retail, which has a lot of operations at retail stores and such, are generating a lot of data," he said.

"Because of sensors or video cameras, there's a lot of places where that data has been generated - but they also need to make a real-time decision.

"From a camera or video camera you need to make a real-time decisions on vision data, two hard, difficult things, both of which are a big challenge in the network.

"One, you can't take all this data and backhaul it to a large data centre, and two, there's a latency in the network where you can't wait for the data to be transferred before you make a decision and analyse the picture or the image or the video to give back an answer to the edge itself.

"These two reasons will make it imperative for us to push computing to the edge, and only results or summaries or any kind of analytics, which is a lot less data, metadata, need to go to a large data centre itself."

While he conceded that the market is at an early stage and that much of the industry discussion centres around where that first killer app in edge will be, he added that for Nutanix, it is in machine vision.

"It's computer vision - whatever humans used to do as inspectors - because all humans do as inspectors is [categorise things as] 'good', 'bad', 'ugly'. That's what humans would do. Machines can do that now, if you actually train the machines to understand what is good, what is bad, what is ugly.

"The thing is that machines need to be trained all the time so initially the machine learning models will be inexact.

"You need to bring back the false positives and false negatives to a large cloud, train the model, it needs a lot of compute to train a model, and then redeploy the model. Again, take back the false positives and false negatives, train the model, redeploy the model. So there's an entire lifecycle of model tuning and model retraining and model redeployment which needs to be done which is where we come in.

"We're very good at shipping code - we've done this at scale, across different remote offices and remote sites. And a lot of machine learning at the edge is about lifecycle management of algorithms more than anything else."

He added that one Nutanix customer is currently trying to create a cashier-less restaurant, meaning in the absence of humans, machines will be needed.

"Any company that has people at the edge in the workflow, in the process, people are asking: 'can this be done by machines, can it be done more accurately?' Without the fear of corruption or human error or things like that."

The announcement comes days after HPE announced updates to its converged edge portfolio in both hardware and software. HPE, which acquired old Nutanix rival Simplivity for $600 million last year, announced the Edgeline OT Link software platform, which is arguably offering a similar proposition to the Nutanix announcement.

Despite this, Pandey said that the likelihood is that the two will become partners.

"We are actually trying to figure out how to use the HP edge server - they have this little IoT gateway - so in all probability they might become partners for us," he said. "Because we are providing a software solution for this."