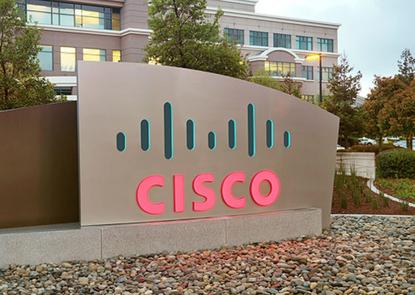 Cisco has extended its Application Centric Infrastructure (ACI) software-defined networking solution to the public cloud, with the vendor announcing today that ACI would support Amazon Web Services and Microsoft’s Azure.

In August 2017 Cisco first detailed its plans for ‘ACI Anywhere’, announcing that it planned to extend ACI beyond multi-site deployments to support public cloud environments.

In a blog entry published at the time, Cisco’s senior vice president and chief technology officer for data centre networking, Tom Edsall, wrote that “Key attributes of the ACI solution, such as unified security policy, single-pane-of-glass management, and visibility” would “soon” be available in AWS, Google Cloud Platform (GCP) and Azure.

Today’s announcement mentioned only support for AWS and Azure, however — although a solution overview for customers lists GCP (and, indeed, Azure) support as launching in the future.

According to Cisco, the advantage of the ACI Anywhere approach is that enterprises can have a consistent network across cloud, on-prem and the edge, seamlessly migrate workloads, and have a single point of orchestration.

“With the Cisco Cloud ACI solution, organizations can use the same operating model on public cloud instances as they do with their on-premises data centers today,” Cisco said.

The ACI news was part of a suite of announcements by the vendor at its Cisco Live! conference in Barcelona. Cisco also announced the launch of the fourth version of its hyperconverged infrastructure offering, HyperFlex.

“HyperFlex Edge nodes ship ready to deploy directly from the factory to the edge sites along with connectors to Cisco Intersight in the cloud,” the Cisco exec wrote. “This allows us to leverage the power and reach of the Intersight cloud to provide a fully automated, zero touch installation of the HyperFlex Edge clusters.”

In addition, Cisco announced an updated version of its CloudCenter Suite, which the company said would help enterprises manage application life cycles across clouds.

The vendor bundled the announcements, along with the announcement of a new enterprise agreement it said would make it easier for customers to purchase its technology, under the slogan “data centre anywhere”.

“Enterprises should be able to deploy applications based on the needs of their business, not the limitations of their technology,” Cisco senior vice president and general manager, Data Centre Business Group, Roland Acra, said in a statement.

“Customers want to deploy applications and manage data across a range of diverse platforms, from on-premises to cloud-based. That is why we are taking the ‘centre’ out of the data centre. Today, Cisco is helping our customers expand their reach into every cloud, every data centre, and every branch.”