The software intelligence company emphasises the importance of being AI-first 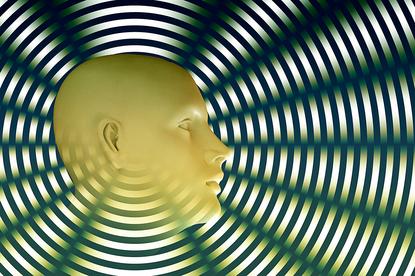 Dynatrace has made a series of announcements at its Perform conference in Las Vegas this week, with the focus naturally falling on its AI capabilities.

Five years ago the vendor embarked on a reinvention from an application performance management (APM) software vendor to a 'software intelligence' company, which helps developers keep track of their entire stack.

To achieve this it started to build an AI engine at the core of its product. The impetus for this, CEO John Van Siclen explained during his keynote yesterday, was the belief that it's "better to be the disruptor than the disrupted".

Years later, this radical overhaul is paying dividends. The Dynatrace SaaS platform as it exists today was first launched in 2016, and has registered a 191 percent year on year increase in its customer base, according to the vendor, which now includes heavy hitters such as Samsung, Toyota and Virgin Money. Right now, 79 trillion dependencies are analysed every day on the platform.

The announcements made this week naturally aligned with Van Siclen's ambitions for the platform then: for the company to become increasingly open, smart and autonomous.

The company first announced some advances to its underlying AI engine, called Davis. The new capabilities include improved AI algorithms, and the ability to integrate data from more third party sources, the vendor said, as it looks to push its vision of AIOps, an operating model where AI can eventually be trusted to augment IT operations teams and take action where necessary.

Under the hood, the company's AI solution is deterministic, meaning that set rules define the output. Because of this, it can update in real time, without requiring periods of 'learning' that set other deep learning models back at crucial periods. "When you need the AI engine the most, the model is wrong and starting to learn again," explains Lehofer.

"Because Dynatrace auto-discovers and maps dependencies across the enterprise cloud and analyses all transactions, our Davis AI engine can truly causate, and drive to the precise root cause of issues, versus simple guesses based on correlation," Bernd Greifeneder, CTO at Dynatrace added in a press release.

AI is suited to the types of enterprise environments that Dynatrace caters for due to their high degree of complexity. In an environment where there are multiple components with multiple interactions, it can be difficult to ascertain the cause when something goes wrong. However, with Dynatrace, machine learning discovers dependencies between different problems and events.

The ability of the model to ingest data from a wider variety of sources also helps developers operating in increasingly complex environments to spot dependencies and issues more quickly. Dynatrace can now ingest data from CI/CD and ITSM tools, as well as integrations with F5, IBM DataPower, Citrix NetScaler, ServiceNow, Puppet, Chef, and more.

Another boon is that these algorithms do not require customers to set a threshold or baselines; instead the model is able to intelligently detect performance variations. This is essential to the company's ambitious aim to create truly self-monitoring and self-healing software: or fully autonomous cloud operations.

Rival monitoring vendors in this space like AppDynamics, Splunk and Moogsoft are also racing to develop this kind of capability.

The company's early bet on artificial intelligence means that today they are "years ahead of competitors," according to Andreas Lehofer, chief product officer at Dynatrace.

The vendor also announced a new Session Replay feature, allowing customers to replay mobile or web sessions of unique users in a 'movie-like' manner, to examine exactly where a session went wrong.

"It combines replay functionality with full stack insight," says Simon Sheurer, senior director product management and lab lead at Dynatrace. This means that the performance of every element of the stack is captured with every line of code and its outcome visible. The team will see exactly what the customer saw during the session, minimising guess work as to where the problem arose and what the outcome was.

"The addition of Session Replay marks an important milestone in our mission to transform the way organisations monitor, track and enhance their digital user experiences by enabling organisations to see what users are experiencing first-hand," said Steve Tack, SVP of product management in a press release.

For example, cruise company Royal Carribean told Computerworld UK that this was a product they were particularly excited about. "In and of itself it isn't a silver bullet, but the fact that it connects so seamlessly with the information we already had from Dynatrace, it really brings you a lot closer to the user experience," said senior operations manager, Carlos Gutierrez-Menoyo. "It cuts out a lot of that triage process, where you have to locate the problem and really bridges the gap between what's code and what's reality."