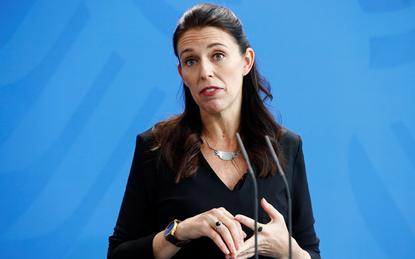 Prime Minister Jacinda Ardern and her Australian counterpart Scott Morrison have pledged their respective governments to strengthen collaboration and co-operation across a wide range of digital technology issues.

Much of this collaboration is to be based on the Australia and New Zealand Productivity Commissions’joint report on “Growing the trans-Tasman digital economy and maximising opportunities for SMEs”, released last week.

The two PMs directed officials to consider the report’s findings and proposed actions, including on: improved digital delivery of government services; digital financial services and open banking; possible areas for the expansion of trans-Tasman data sharing; and the alignment, standardisation and streamlining of the collection and use of data, including from importers and exporters.

The report addressed domestic barriers to digital trade, saying: the two countries could work together to address non-tariff barriers that affect digital goods and services, such as data localisation, privacy and intellectual property laws.

The joint statement from Ardern and Morrison said they had taken particular note of the report’s finding that the mutual recognition of verified digital identities would create a foundation for growing the digital economy and directed officials to seek opportunities to align processes to drive growth in the digital economy by increasing citizen and business confidence in the digital marketplace.

The report said single log-in and digital identity projects had been in train for several years in both countries but "have yet to reach their potential and substantially reduce transaction costs."

It attributed this in large part to "limited adoption by agencies, poor connections between agency databases, and a lack of agreement across governments to use common standards or identities."

That move followed NZTech setting up Digital Identity NZ, a group of organisations and government agencies, to "connect everyone in New Zealand that cares about digital identity."

The two prime ministers also announced the creation of the Australia and New Zealand Electronic Invoicing Board (ANZEIB), saying it would help drive an estimated AU$30 billion (NZ$31.4 billion) in savings over 10 years in Australia and New Zealand, and the announced plans to jointly adopt the Pan-European Public Procurement Online (PEPPOL) interoperability framework for trans-Tasman e-invoicing.

The two prime ministers also set their respective government agencies a herculean task. Officials were directed to "maximise the opportunities and manage the risks of emerging technologies, such as artificial intelligence (AI), robotics, block chain and quantum computing."