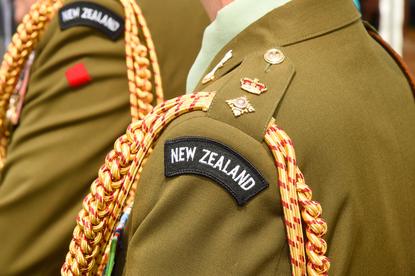 The New Zealand Army has awarded Harris Defence Australia a $40 million contract for a new tactical communications network as part of its Network Enabled Army programme.

The new network will use a family of radios supplied by Harris Defence Australia, including new portable radios for soldiers.

The Ministry of Defence said a closed tender had been awarded in September 2017 and the contract with Harris Defence — announced 26 February — had been signed on 21 December 2018.

Minister of Defence Ron Mark said, under the contract, Harris would design and deliver a modern network along with software, systems and connecting radio equipment to enable accurate and detailed information to be transmitted securely between military personnel and command centres, both within New Zealand’s forces and when operating at an international level.

"The Defence Force operates alongside other government agencies and New Zealand’s international partners, and the ability to work together effectively is vital to the success of these operations," he said.

“Interoperability with partners is strategically important, and as technology continues to advance Defence must be ready to keep pace in both procurement processes and capability requirements."

Harris Defence claims to be the leading supplier of tactical radio communications systems for Australia’s military forces, "developing and delivering the tactical communications network for the Australian Defence Force into the next decade," including its Falcon radios.

The Network Enabled Army programme was launched in 2014 and is being rolled out in four tranches to 2025/26.

Tranche One is due to be completed by the end of 2021, and focuses on Army and Special Forces’ capabilities in command, control, communications and computers.

Under Tranche One Danish firm Systematic was awarded a $11 million contract in late 2016 to provide its SitaWare battle management system.

Tranche Two will focus on intelligence, surveillance and reconnaissance capability.