Tetrate emerges from stealth to bring service mesh to the enterprise 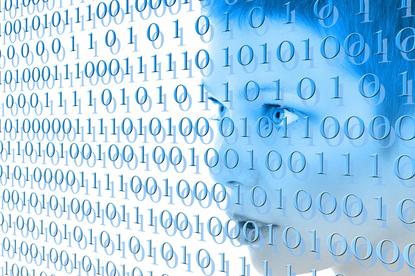 The architects of open source service mesh technology Istio and Envoy have broken off to set up an enterprise-grade solution aimed at large-scale customers.

Tetrate has been in stealth mode for the past year while they looked to solve some of the biggest issues enterprises may have in adopting service mesh technology.

As containers have increasingly become the industry standard for cloud deployments, service mesh has emerged as a way to unify traffic flow management, access policy enforcement and telemetry data aggregation across microservices into a shared management console.

"We are trying to simplify the complexity of configurations around Istio to something small and digestible," Tetrate CEO Varun Talwar told Computerworld UK. "So every team gets a UX experience where they can start programming the behaviour of traffic and the security they want and have clean interactions between themselves and their central network and security teams."

The idea is to ease the administrative complexity placed on teams having to operate lots of microservices across hybrid or large-scale, complex environments..

The San Francisco-based company emerged from stealth mode this week with $12.5 million of funding, led by Dell Technologies Capital with participation from Intel Capital, Samsung NEXT, and Rain Capital, with that money earmarked for growing its globally distributed team of 20 and ramping up marketing and go-to-market.

Chris Aniszczyk, CTO/COO of the Cloud Native Computing Foundation said in a statement that "service meshes are integral to organisations as they begin their cloud-native evolution, I'm thrilled to see the launch of Tetrate to bring their broad service mesh expertise to the enterprise. They have been pioneers in the enterprise service mesh space through their contributions to Envoy, Istio and the broader CNCF ecosystem."

Tetrate essentially promises to combine the open source chops of Istio and Envoy with enterprise-grade features, allowing companies to run both the data and control plane across complex enterprise environments without any of the teething issues normally associated with open source technology. For Tetrate this means "enterprise-grade extensibility, scalability, and performance."

Expanding on this, Talwar explained: "First and foremost is making Envoy and Istio work on different infrastructure," he said, because "right now the upstream experience is not great and in terms of getting enterprises to adopt and use it, that needs to be first class."

This includes the initial release of a tool called GetEnvoy, which provides pre-built certified builds of envoy proxy to help ease the adoption of Envoy across various platforms.

"Second I would call scalability, so having and making it run at the scale of their traffic in their environment. That element is being able to run the control plane pieces at scale and integrate with the other systems they have. Istio's value is in integration, so it needs to interoperate with their monitoring system, identity system, load balancing and service discovery."

"Last is we are making it easier to adopt in terms of workflows and connecting with different teams. That is what enterprises need to use something as feature rich as Istio," he added.

In practice this means that "on day one they would get a package from us and download and run it, and over time we will make it as self-serve as possible," Talwar said, before admitting that the startup is currently supporting its first tranche of customers in a pretty hands-on way.

That early customer set it pretty much as you would expect. "A lot of big tech companies," Talwar said, as well as "anyone doing app modernisation to move from VMs to containers and Kubernetes and wanting to operate that in a consistent way".

Another market segment is anyone "making the transition to public cloud and realising they are no longer in their four walls and need encryption and security and access control that is not reliant on their on-prem hardware boxes and is abstracted out of that," he added.

Commercialising open source software is a tried and tested business model that doesn't always translate well to serious profitability, as proved out by the likes of enterprise Hadoop vendors Hortonworks and Cloudera, which recently merged, and Cassandra vendor DataStax struggling to scale their businesses to profitability. Red Hat on the other hand shows that it can be done.

So, what about Tetrate? It is a bet on the way software development will be conducted at the enterprise level for sure.

"I think there is a metapoint here that if you give value that translates to revenue, and there is a lot of value in these projects, then our approach is to go and solve their problems and give them value and that will lead to revenue and there is already evidence of that," Talwar said. "For them something as simple as making a given application more reliable and simpler to run, that has value which is significant for them and we believe that leads to revenue."

Pricing is a work in progress for now, Talwar said, but will be set in "proportion of the number of services and amount of traffic you are enabling through Istio in our product. So the more you start trusting the product to take your traffic the pricing is proportionate to that."