HSBC devops engineer: build the tooling and they will come

Giant bank is pushing its IT culture towards cloud and devops, but getting the tooling right is key to changing the culture, according to its digital platform devops engineer Richard Dalton 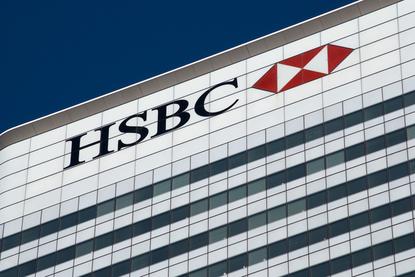 Devops is often talked about as a seismic cultural shift for large organisations with lots of legacy technology - like a bank - but the underlying tooling is key to get those people on board and change the culture.

Speaking to Computerworld UK during a Cloudbees event in London this week, Richard Dalton, digital platform devops engineer at HSBC, talked about the importance of getting the right infrastructure in place to change a culture and attract the right talent, and how this should help the bank be more nimble in the future.

"Once those tools are in place you can really start working on the people aspect of it in parallel," he said, "because the tools and the culture are one and one really, but I believe you have to have the tools to support it, then the people and practices will follow."

HSBC started its devops journey in 2015, when Dalton and his team were tasked to establish the tooling required to shift the culture at enterprise scale.

After a thorough assessment the bank decided to go with enterprise versions of open source tools like Jenkins for continuous integration through the vendor Cloudbees, GitHub Enterprise as a code repository, the Atlassian stack for collaboration, Ansible and Maven for automation and AppDynamics for monitoring, although Dalton said "one size does not fit all in [monitoring], so there is a journey there".

The shift is pretty typical for a quickly modernising business, moving from what Dalton calls the "big enterprise suites" to best in class tooling.

On those enterprise software suites, Dalton said he wouldn't "get into the debate about whether or not they did the job or not, but they weren't pulling in talent, which is a big part of it."

By moving to what he calls "best-in-class tools", HSBC is better able to attract "talented engineers coming out of university or switching between companies because they are already versed with your stack when they arrive."

"That's really important," he said. "People don't want to go and work somewhere where we don't work with the tools they know have made them successful, it's risky for them, especially in the contracting community, you want to come in and you want to use that tool, and you want to deliver the same way you always delivered."

Dalton says that although HSBC and the other big banks can "pay any amount of money and bring in the tools" it is still about "the perception of your organisation, things have really moved on from a long time ago when banks were leading the way in terms of IT, the shiny greenfield companies, it's much easier for them to attract talent straight out from university really, and people are thinking, Facebook, Twitter. So there was a lot there to do in changing the image of us being a technical leader."

Lucky for him this approach had good top-down support. In group CIO Darryl West, he has a big cloud exponent leading a multi-cloud strategy across the bank.

"It was recognised through the bank, and it was supported from the very senior level, that change needed to happen," he said. "It's been about taking people on the journey with us."

That doesn't mean it has all been smooth sailing for the bank. Having a centre of excellence for digital and devops is an important first step, but when you have thousands of IT staff there will always be pockets that are more difficult to change.

"As soon as you transverse a silo into something that's more group-level, like networks, or any sort of shared service, then that presents a potential issue for getting stuff done. That's been quite quite a blocker," Dalton said.

"It's hard and it's continuous," he admits, but the only way to get there is "by trying to bring them on the journey with you and not just call them out, I think, and that's hard.

"The movement to cloud is key to being able to move in an agile way and break down some of these barriers. But yeah, it's difficult and it's not a case of 'we've done it, we've moved on it', it is an ongoing journey."

That being said, having that top-level support remains "fundamental to move this forward," he said.

"You are going to hit these blockers, even if everything's great for a while, you're going to hit something, that's where you absolutely need to maintain this vision because it could take a long time, and you're not going to get your cost savings back in any sort of quick way," he added. "If you're going into AWS to save costs or any cloud, you're not doing it for the right reasons.

"That's where you need that support to see the bigger picture and see where we're going and where we will be when we eventually make that move and start decommissioning some of the on-premise services, start making some of those cost savings."

All of this work eventually comes back to offering customers a better digital experience, with the kind of features familiar to users of fintech apps like Bud or Monzo.

For example, last year HSBC launched a new Connected Money app, allowing customers to see all of their accounts in one place, with smart features layered on top for things like spending analysis and 'balance after bills', which shows how much a user has left in their HSBC current account until payday, once their regular bills have been taken into account.

"We're in a privileged position to be able to have the data, we want to present that back to them in ways that helps them with their day-to-day life," he added.

Dalton is acutely aware of changing customer expectations around financial services, and it increasingly comes down to the digital.

"We have a huge legacy but we want that legacy to be representative in the palm of someone's hand," he said. "We're able now to deliver better products, faster. I'm working towards notifications and the added value side of things, but also sustaining ourselves as a viable business well into the future with the right talent, right platforms and right tools."

This bleeding of fintech features into the major banks is a natural evolution, but it doesn't just happen, and the need for an infrastructure and culture that can deliver fast is crucial.

"Ultimately the ability to be able to deliver consistently more and faster," is key for Dalton. "Building defined processes and pipelines gives much more rigid, controlled and repeatable process and have much more confidence in your delivery.

"Through that, you can start delivering more microservice-based applications and the ability to sort of toggle features on and off through easily deployable frameworks provides that common visual app, but perhaps with different functionality based on the regions."

The next phase for the bank naturally moves into more cutting edge technology, so "moving towards the somewhat bleeding edge around the use of sort of machine learning and cloud portable platforms," he said.

This is where the bank's work with Google Cloud specifically comes in. "In my area at the moment we're sort of establishing a footprint in the cloud, which gives us a more granular infrastructure, more elastic infrastructure," he added.

The next step on this journey also involves bringing containers and container orchestration to the bank.

"Containers and container orchestration can provide a lot of benefits in terms of security, but often the initial default is that it is a risk," he said.

"So there is a huge amount of work right now going in to look at containers, container security, container orchestration, and then next year to be able to be a lot more cloud portable, because we do have a multi-cloud strategy."

Dalton admits that the big benefits of a cloud strategy haven't hit the bottom line just yet.

"To have really established that footprint in the cloud, where the development is happening, we have a team that onboards, and they enjoy the process, they like the system, they enjoy what we built for them and they start deploying natively to that cloud, that's when you get all the benefits," he said.

"By being allowed to move at their own speed and deploy in a native way, that would have been unconceivable when I started, you probably would have been walked off the premises for being a heretic or something."