Improving traffic safety is first on the list, but Vegas’ director of IT is thinking bigger. 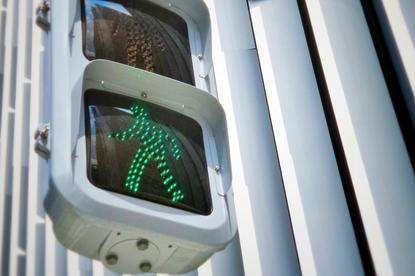 The city of Las Vegas’ pilot program with NTT and Dell, designed to crack down on wrong-way driving on municipal roads, is just part of the big plans that Sin City has for leveraging IoT tech in the future, according to the city's director of technology Michael Sherwood., who sat down with Network World at the IoT World conference in Silicon Valley this week.

The system uses smart cameras and does most of its processing at the edge, according to Sherwood. The only information that gets sent back to the city’s private cloud is metadata – aggregated information about overall patterns, for decision-making and targeting purposes, not data about individual traffic incidents and wrong-way drivers.

It’s an important public safety consideration, he said, but it’s a small part of the larger IoT-enabled framework that the city envisions for the future.

“Our goal is to make our data open to the public, not only for transparency purposes, but to help spur development and create new applications to make Vegas a better place to live,” said Sherwood.

The city’s public data repository already boasts a range of relevant data, some IoT-generated, some not. And efforts to make that data store more open have already begun to bear fruit, according to Sherwood. For example, one hackathon about a year ago resulted in an Alexa app that tells users how many traffic lights are out, by tracking energy usage data via the city’s portal, among other applications.

As with IoT in general, Sherwood said that the city’s efforts have been bolstered by an influx of operational talen. Rather than additional IT staff to run the new systems, they’ve brought in experts from the traffic department to help get the most out of the framework.

Another idea for leveraging the city’s traffic data involves tracking the status of the curb. Given the rise of Uber and Lyft and other on-demand transportation services, linking a piece of camera-generated information like “rideshares are parked along both sides of this street” directly into a navigation app could help truck drivers avoid gridlock.

Las Vegas is also pursuing related public safety initiatives. One pilot project aims to make public parks safer by installing infrared cameras so authorities can tell whether people are in parks after hours without incurring undue privacy concerns, given that facial recognition is very tricky in infrared.

It’s the test-and-see method of IoT development, according to Sherwood.

“That’s a way of starting with an IoT project: start with one park. The cost to do something like this is not astronomical, and it allows you to gauge some other information from it,” he said.

The city has also worked to keep the costs of these projects low or even show a returnon investment, Sherwood added. Workforce development programs could train municipal workers to do simple maintenance on smart cameras in parks or along roadways, and the economic gains made from the successful use of the systems ought to outweigh deployment and operational outlay.

“If it’s doing it’s job, those efficiencies should cover the system’s cost,” he said.