Google Play Pass priced at US$4.99 per month 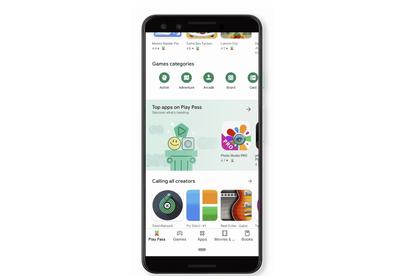 Alphabet's Google said on Monday it is rolling out Google Play Pass, a subscription service that gives Android users access to more than 350 apps and games without ads and in-app purchases.

Priced at US$4.99 per month, the service is similar to Apple's Apple Arcade, the iPhone maker's gaming subscription service for mobile devices and desktop computers.

Google's Play Pass will be available on Android devices in the United States this week and will be rolled out to additional countries soon, the company said in a blog post.

The service, which will have new apps and games added every month, has a 10 day free-trial period and will be priced at $1.99 per month for a year for a limited time.

(Reporting by Chinmay Rautmare in Bengaluru; Editing by Shailesh Kuber)