Competition is healthy, despite strident complaints on its provisional findings 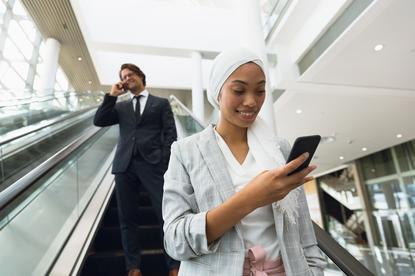 The Commerce Commission has concluded its year-long investigation into New Zealand’s mobile telecommunications services market, re-iterating its earlier provisional findings that competition is healthy, despite strident complaints on its provisional findings.

Telecommunications Commissioner Dr Stephen Gale said: “Having assessed the state of competition in the mobile market we haven’t identified any particular problems or structural issues that could be hampering competition.”

The Commission also concluded there was an emerging market for mobile virtual operators to sell mobile services using one of the three networks. It noted the presence of Vocus, Warehouse Mobile and Kogan and said: “Trustpower also intends to enter this market and, like Vocus, bundle mobile offers with its existing broadband and energy services. Because of these developments, the Commission does not consider there is any need for regulation of wholesale access at this time.”

The report is the outcome of a study the commission launched in October 2017 to deal with what it said were a number of potential competition and regulatory questions that had been accumulating for some time as a result of fixed-mobile convergence, driven by evolving technology and evolving consumer preferences.

In March 2018 the commission expanded the scope of the study following submissions expressing concerns with the structure of the market. It released an issues paper in August 2018.

The commission delivered its preliminary report in May, prompting a blistering attack from Vocus, which said it was staggered that the Commerce Commission considered the wholesale mobile market to be healthy and showing effective competition from MVNOs.

Those views had little effect on the commission’s views and Vocus has repeated is criticisms with release of the final report.

Vocus New Zealand CEO Mark Callander said: “We have been very clear that the MVNO market has failed. The cosy pillow fight between the incumbents continues to severely impact competition and innovation in the NZ mobile market.

“We’ve been offering mobile services for more than a decade along with other smaller players in the market, but MVNOs market share is still less than one percent. “Compare that to the fixed market and what players like Slingshot and Orcon have done to competition, lower prices and more innovative services.”

Callander said that the industry also needed assurances that the mobile companies would not lock MVNOs out of a 5G world. “We will continue to urge the Commission to have another look at the market and really ensure Kiwis get access to the competitive mobile market they deserve.

The commission suggested investment in 5G might alter the economics of mobile provision and result in greater infrastructure sharing, and larger incentives to use network capacity through MVNO agreements.

However, it also cautioned that infrastructure sharing arrangements could produce a range of detriments through reduced infrastructure-based competition.

“Such detriments may include higher prices (leading to a reduction in allocative efficiency) as well as lower levels of innovation (a loss of dynamic efficiency). As a result, infrastructure sharing will involve a trade-off between different forms of efficiencies.”