Gets approval to become a 25 per cent shareholder 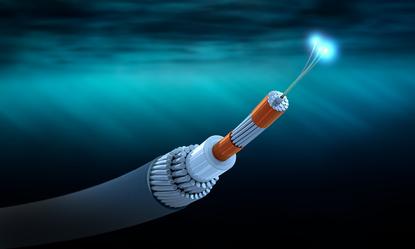 Southern Cross Cable Network has announced it has signed agreements and received regulatory approval for Telstra to become a 25 per cent shareholder of the company and an anchor customer of the Southern Cross NEXT undersea data cable.

Telstra announced in December 2018 it had entered into an agreement to purchase a 25 per cent stake in Southern Cross and substantial capacity on both the existing network and NEXT, but said both deals were subject to definitive documentation and relevant regulatory approvals.

Southern Cross first flagged plans for NEXT in January 2016 and confirmed these in September 2016, saying it aimed to have the system in operation by 2020.

In March 2017, the company said seven organisations had signed letters of intent to use NEXT, including “three major Australasian carriers and four Pacific islands,” but did not name any of them.

In April 2019, Alcatel Submarine Networks won the contract to supply the system. Southern Cross said NEXT would add 72 terabits per second of capacity to the 20 terabits of potential capacity on current Southern Cross systems.

Announcing the Telstra deal today, Southern Cross said NEXT has been developed as an extension of the existing Southern Cross cable ecosystem and when completed was expected to be the lowest latency path from Australia and New Zealand to the United States.

The company said build costs for NEXT were expected to be approximately US$300 million and would be funded via a combination of debt held by Southern Cross; retention of dividend streams from the existing cable network during the build phase, and further equity investment by Southern Cross shareholders.