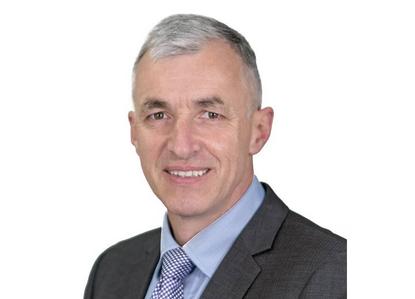 Chorus announced McKenzie would step down at the end of 2019 when it reported its annual results in April, showing downturns in revenue, profit and EBITA.

McKenzie will step down from the Chorus board on 19 November, but will stay on until 20 December in an advisory capacity to ensure a smooth transition to the new CEO, the company said.

Rousselot was most recently chief strategy officer at NBN Co, and before that he oversaw NBN’s network and service operations. He was with the company for six years and NBN Co announced in July that he would leave at the end of October.

News of his departure followed a report in the Sydney Morning Herald that he had been chosen as its CEO but his appointment had been vetoed by senior Australian government ministers over fears that his appointment would be politically damaging because of his friendship with former Australian prime minister Malcolm Turnbull, with whom the paper said he co-owned a yacht. NBN Co’s CFO Stephen Rue was eventually given the role.

Prior to joining NBN, Rousselot held senior roles at Telstra including the executive director of Voice, BigPond (Telstra’s ISP arm) and Media. Before joining Telstra he as the CEO of IP telephony start up Interline and an executive director of the Australasian Media and Communications Fund.

He is a native of France and holds an MBA from the MIT Sloan School of Management (USA) and a Masters Degree in Engineering from France’s Ecole Nationale des Ponts et Chaussées.

Chorus chairman Patrick Strange said Rousselot would lead Chorus through the next phase of its evolution. “As the build nears completion, the company’s focus turns to delivering on the full potential of the world class fibre infrastructure that has been built for New Zealand,” he said. “JB has the right mix of skills and experience to drive innovation, efficiency and customer focus."