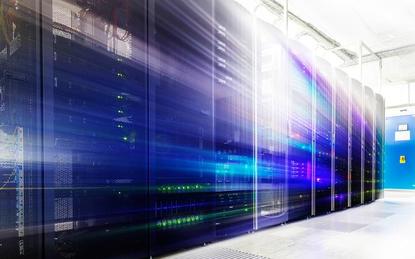 A cloud startup founded by a group of four ex-Cisco engineers has raised US$278 million to fund products that aim to help the data centres of customers like investment banks function more like those of cloud computing providers.

Pensando Systems, which introduced the company publicly on Wednesday, said the funds were raised through series A, B, and C rounds. The latest round was led by Hewlett Packard Enterprise and venture capital firm Lightspeed Venture Partners.

Pensando’s founders have sold four previous startups to Cisco. John Chambers, the former chief executive of Cisco when it acquired the previous startups, has invested in the new company through his venture fund, JC2 ventures, Pensando said.

Pensando will make software and devices to help data centres of companies like Goldman Sachs Group function more like cloud computing data centres like Amazon.com’s Amazon Web Services. Goldman also invested, Pensando said, but it did not disclose the amount.

In cloud computing, customers can order up as much computing power as needed in different parts of the world with a few mouse clicks. The providers’ software takes care of the mechanics of shuffling the data to the right physical machines.

Pensando’s founders -- Mario Mazzola, Prem Jain, Luca Cafiero and Soni Jiandani -- are known in the tech industry by the acronym “MPLS,” which as well as being the first letters of their names also happens to be the abbreviation for a computer networking technology that speeds up data transfers. The group left Cisco in 2016.

Randy Pond, a former Cisco executive vice president who is now the startup’s chief financial officer, said Cisco might be a possible customer for Pensando but that it wasn’t clear whether it would be interested in an acquisition.

“Our aspirations at this point would be an IPO. But, you know, there’s always other possibilities for monetisation events,” said Pond.