Google says its new quantum computer takes less than three-and-a-half minutes to solve a problem that would take a supercomputer about 10,000 years 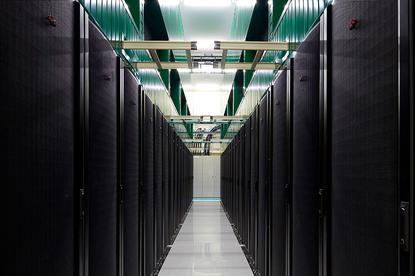 The results of an experiment performed on Google’s Sycamore quantum computer demonstrate that theoretical quantum computing designs can work as expected, the company announced in a paper published in the journal Nature.

Formulating the problem was the first hurdle. The company’s research team eventually settled on comparing the Sycamore computer’s output to that of a modern, classical supercomputer in the task of reading the state of a pseudo-random quantum circuit.

This results in a computational challenge that should be comparatively simple for Sycamore, but enormously difficult for a supercomputer equipped with traditional silicon.

“Because there is no structure in random circuits that classical algorithms can exploit, emulating such quantum circuits typically takes an enormous amount of classical supercomputer effort,” the heads of the research team, John Martinis and Sergio Boixo, said in an official blog post.

Sycamore’s design, however, dramatically simplifies the process. The quantum computer is constructed in a two-dimensional array of 54 transmon qubits, arranged in a rectangular lattice such that each qubit is connected to its four nearest neighbours.

What that means, according to the researchers, is that Sycamore is able to change the values of its bits across the entire processor much more quickly than a classical computer can process 1s and 0s, fundamentally changing the way the system handles information.

Google called it the “quantum supremacy” experiment, as it demonstrates that Sycamore and its descendants will be able to fundamentally outperform classical computers in certain types of processing.

While the computations performed in the experiment aren’t in themselves particularly useful, CEO Sundar Pichai told MIT’s Technology Review that it’s similar to the Wright brothers’ first flight at Kitty Hawk.

“The first plane flew only for 12 seconds, and so there is no practical application of that,” he said. “But it showed the possibility that a plane could fly.”

The researchers said, however, that they expect the computational power of quantum computers to grow at a double-exponential rate, and that real-world uses of the technology weren’t far off, pledging to work with academia and the private sector to further develop quantum computing.

Some critics took issue with Google’s claims, most notably quantum computing rival IBM, which said in a blog post responding to a leaked copy of the paper that the classical time frame presented in was much too long, and that Google’s researchers had failed to take into account the full capabilities of modern supercomputers.

“We argue that an ideal simulation of the same task can be performed on a classical system in 2.5 days and with far greater fidelity,” wrote IBM’s team.

“We urge the community to treat claims that, for the first time, a quantum computer did something that a classical computer cannot with a large dose of skepticism due to the complicated nature of benchmarking an appropriate metric.”