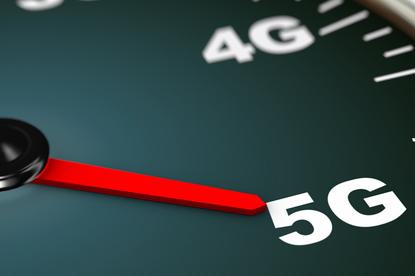 Spark has launched its trial 5G network covering parts of Auckland Harbour for use by the Emirates Team New Zealand competing in the March 2021 Americas Cup.

The trial is a private service available only to the Emirates team. It uses Huawei equipment and is being undertaken as part of partnership between Spark and the team announced in September 2018.

NZ operators are presently blocked from using Huawei 5G gear in a public network under an edict in November 2018 from the Government Communications Security Bureau (GCSB).

Huawei now has more than 50 5G deals around the world. “Our success globally is a clear indication of Huawei’s competitive prices and superior technology,” he said.

“We still want to work with the New Zealand Government, so the country doesn’t have to compromise on competition or quality.”

Spark said the reduced latency and higher bandwidth of 5G would enable the team to livestream data and video from their boat to engineers and designers at the base and give the team a design advantage in preparing for the America’s Cup.

The trial service is an extension of Spark’s existing 5G Lab in Wynyard Quarter in downtown Auckland, and uses test spectrum on loan from the Ministry of Business, Innovation and Employment (MBIE). The lab was launched as a partnership with the Emirates cup team in November 2018.

For the trial Spark installed a 5G base station at the Emirates Team New Zealand base in Auckland in July and supplied 5G handsets to the team.

The head of design for Emirates Team New Zealand, Dan Bernasconi, said the team’s AC75 board embodied much innovation and the 5G service would be a game changer.

“The boat is a completely new concept so we need to be able to push the potential of this boat to its extreme in testing. “Before the team had access to 5G they had to get a hard disk with all the data off the sailing boat, then the chase boat took it back to the base, and a team member would run the hard disk up to the data server at the base.

“Design work using the data couldn’t happen until well after the boat had docked. Now we have 5G on the water, there are hundreds of real time data streams such as boat speed, ride height, and hydraulic pressure coming off the water and back to our design team at the base. Our team can do progressive design and development work during the day while the boat is sailing allowing our design-thinking to evolve much faster. We were never able to do this before 5G.”