A cure for unfair competition in open source

How to balance makers and takers to scale and sustain open source projects, companies, and ecosystems (part 1) 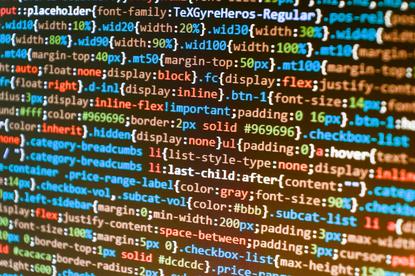 In many ways, open source has won. Most people know that open source provides better quality software, at a lower cost, without vendor lock-in.

But despite open source being widely adopted and more than 30 years old, scaling and sustaining open source projects remain challenging.

But also, how do you protect against others monetising your open source work without contributing back? And what do you think of MongoDB, Cockroach Labs or Elastic changing their licence away from open source?

This article (in five parts) talks about how we can make it easier to scale and sustain open source projects, open source companies, and open source ecosystems. I will show that:

Scaling and sustaining open source projects and open source businesses has been the focus of most of my professional career.

Drupal, the open source project I founded 18 years ago, is used by more than one million websites and reaches pretty much everyone on the internet.

With over 8,500 individuals and about 1,100 organisations contributing to Drupal annually, Drupal is one of the healthiest and contributor-rich open source communities in the world.

For the past 12 years, I’ve also helped build Acquia, an open source company that heavily depends on Drupal. With almost 1,000 employees, Acquia is the largest contributor to Drupal, yet responsible for less than five per cent of all contributions.

This article is not about Drupal or Acquia; it’s about scaling open source projects more broadly.

I’m interested in how to make open source production more sustainable, more fair, more egalitarian, and more cooperative. I’m interested in doing so by redefining the relationship between end users, producers, and monetisers of open source software through a combination of technology, market principles, and behavioural science.

We need to make it easier to scale and sustain both open source projects and open source businesses, for these reasons:

The alternative is that we are stuck in the world we live in today, where proprietary software dominates most facets of our lives.

Second, I understand that the idea of systematising open source contributions won’t appeal to everyone. Some may argue that the suggestions I’m making go against the altruistic nature of open source. I agree.

I’m not implying that every community needs to change their governance model, but simply offering suggestions for communities that operate with some level of commercial sponsorship, or communities that struggle with issues of long-term sustainability.

Makers. Some companies are born out of open source, and as a result believe deeply and invest significantly in their respective communities. With their help, open source has revolutionised software for the benefit of many. Let’s call these types of companies Makers.

For example, a public cloud company like Amazon can provide a lot of credibility to an open source project by offering it as a service. The resulting value of this contribution can be substantial. However, that doesn’t make Amazon a Maker in our definition.

I use the term Makers to refer to anyone who purposely and meaningfully invests in the maintenance of open source software, i.e. by making engineering investments, writing documentation, fixing bugs, organising events, and more.

Takers. Now that open source adoption is widespread, lots of companies, from technology startups to technology giants, monetise open source projects without contributing back to those projects. Let’s call them Takers.

I understand and respect that some companies can give more than others, and that many might not be able to give back at all. Maybe one day, when they can, they’ll contribute. We limit the label of Takers to companies that have the means to give back, but choose not to.

Organisations can be both Takers and Makers at the same time. For example, Acquia, my company, is a maker of Drupal, but a taker of Varnish Cache. We use Varnish Cache extensively but we don’t contribute to its development.

In part 2 of this article, I will focus on how Takers hurt Makers in open source, as well as how the “prisoner’s dilemma” affects the behaviour of Takers.

A version of this post appeared on Dries Buytaert’s personal blog, Dri.es.