IBM, which has embraced Apple hardware in a big way, says employees who use Macs are more likely to stay at the company – and are more productive 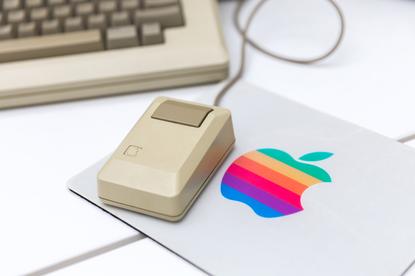 IBM stole the show at the annual Jamf Nation User Conference this week when it announced that Mac users are more likely to stay with the company and will be more productive while they're there.

IBM CIO Fletcher Previn talked up fresh IBM findings that show those of its employees who use Macs are more likely to stay with IBM and exceed performance expectations compared to PC users.

It’s possible these claims reflect some other difference between Mac and PC users, but with hundreds of thousands of IBM employees in the sample group it’s hard not to see some contribution from the choice of computing platform.

“The state of IT is a daily reflection of what IBM thinks and feels about its employees,” said Previn. “I’ve said it before – when did it become OK to live like the Jetsons at home, but the Flintstones at work?

"We aim to create a productive environment for IBM’ers and continuously improve their work experience, and that’s why we introduced our employee-choice program to IBM employees in 2015."

When IBM began its widely-reported move to integrate Mac (and other Apple systems) across its business with the Mac@IBM scheme in 2015, the company discovered that tech support costs were much, much lower.

At that time, it was deploying 1,900 Mac devices per week. During this deployment, it found that  a single help desk person was able to support 5,400 Mac users — even though it took about 22 people to support the equivalent number of PC users.

The TCO argument is over

Today, IBM has just seven people supporting 200,000 macOS devices in contrast to the 20 needed to support the same number of Windows devices, IBM said at JNUC. This means it costs IBM 186 per cent more to support Windows than it does Macs.

This wasn’t the only big surprise. IBM also observed that users found it easier to migrate from a previous version of Windows to a Mac than to upgrade older Windows systems to the latest version of Windows. IBM claims 98 per cent of its Mac users said migration from Windows to macOS was easy, compared to 86 per cent of people shifting from Windows 7 to Windows 10 who felt the same way.

Admittedly, the latter is not too damning a statement on its own. But when it is easier to switch to Mac than it is to stick with Windows – and when such a migration is also cheaper to support and delivers better staff retention and better productivity – it’s hard to see why any enterprise would delay exploring Apple as a viable alternative to existing technologies, particularly as older Windows versions hit End Of Life.

Year by year, the Jamf JNUC event provides additional evidence that Apple’s platforms are – at the very least – peer players in enterprise IT. IBM’s latest revelations seem to suggest that, at least in some common use cases, Apple – and the Mac – are breaking out to become the best available platforms for enterprise technology.

Jamf sits at the breaking edge of the Apple ocean as it floods into the enterprise technology sector. The company continues to seek and resolve the challenges faced by those making large-scale Mac deployments.

For example, it announced a new endpoint security system for Macs it calls Jamf Protect at JNUC 2019, which it claims will give enterprise security teams “unprecedented visibility into [their] Mac fleet," along with the ability to identify and deal with threats.

Apple in the IT ecosystem

This is, in my opinion, a major step toward the evolution of (private by design) edge-device based AI-supplemented protections that I believe will define future cyber security protection. Jamf is by no means the only company exploring such systems — Orange Cyberdefense has its own takes on situational awareness for systems, for example.

Josh Stein, director of product strategy for Jamf Protect, explained what the system does: “[It] monitors for system-wide activity, enabling security teams to take action against Mac-based threats which may otherwise go unnoticed, all while allowing organisations to embrace new OS functionality from day one.”

The company also announced Jamf Connect for mobile, an important technology that allows for secure password-less authentication through most modern systems, replacing smart cards and FIDO security keys with iPhones.

The idea is that it becomes possible to use the system and your iPhone in order to access a Mac, cloud services or even Windows computers.

I’m at the JNUC event this week, but it is becoming very difficult to avoid the sense that, at least in terms of making an edge-based business case for its systems, Apple is developing powerful argument to replace Windows as the base system for successful enterprise IT deployments.

What’s interesting about this is that as Apple develops its own models for ultra-private, on-device AI, at what point can server-based enterprise deployments be replaced by more effective — and yet more private — edge-based intelligence?

This certainly seems to be where the industry is going.

Please follow me on Twitter, or join me in the AppleHolic’s bar & grill and Apple Discussions groups on MeWe.